Vanessa Cantley is a trial attorney with an unwavering passion for justice. Justice isn't just a word or a slogan to Vanessa. It's what our nation's founders risked their lives for. It's what separates us from the cheaters, the bullies, and the barbarians. It's what drives not only her law practice but her life. This viewpoint has helped Vanessa experience great success representing injured individuals and families in Louisville, Kentucky and Indiana state and federal courts. 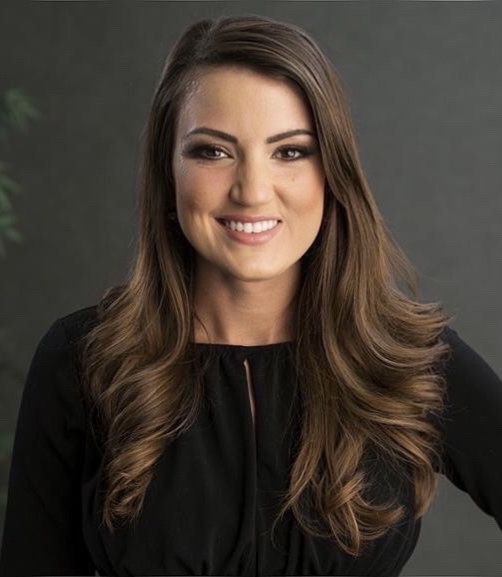 In addition to Vanessa's successes at trial, she has also negotiated millions of dollars in settlements for clients: from babies not yet born, to elderly residents of nursing homes and assisted living facilities.

Vanessa also has valuable legal experience from the defense perspective.

She clerked for Frost Brown Todd, LLC, the largest defense firm in the region, while in law school, and was offered a position upon graduation. However, Vanessa decided early in her career that she wanted to represent injured people rather than insurance companies or big corporations. That decision led her to decline that offer and others to join the most prestigious defense firms in the region as a practicing attorney. Today, she only represents individuals and families.

Vanessa earned her Juris Doctor (J.D.) degree from the Louis D. Brandeis School of Law at the University of Louisville, graduating with honors. While in law school, she was elected by the law school student body to serve as their President. She was a member of the American Trial Lawyers Association mock trial team and the National Moot Court Team and earned the highest grade in her class for Trial Practice. Vanessa also founded the nation's first Student Bar Foundation, which now serves as a model to other law schools nationwide.

Vanessa holds two Bachelor of Arts (B.A.) degrees, one in Psychology and another in Sociology, from Bellarmine College where she graduated with honors. While at Bellarmine, Vanessa was a four-year member of the American Mock Trial Association program. She earned top attorney in the nation honors for two years from thousands of students, an honor that has not been achieved by any other competitor in over 30 years since the program's inception. Vanessa was also a member of the National Championship Team during her senior year. On the road to a national championship, her team bested many elite programs such as Harvard, Yale, Stanford, Princeton, and over 300 other schools.

Vanessa is consistently voted by her peers as one of Louisville's top plaintiff's personal injury attorneys. This distinction is recognized in a poll conducted by Louisville Magazine. Vanessa has also been named a Kentucky Super Lawyers® every year since 2013, and is the youngest plaintiff's injury attorney to earn the recognition. Of the thousands of practicing attorneys in the Commonwealth, Vanessa has been named to the elite SuperLawyers list of “Top 50” attorneys in Kentucky for the past two years.

Vanessa currently serves as President-Elect of the Kentucky Justice Association (KJA)– a statewide organization of her peers - and the Louisville Bar Foundation. She is regularly called upon by the KJA to debate the issue of tort reform in the media and other public forums. She also testifies in Kentucky House and Senate committees for or against bills that affect the civil justice system and injured individuals’ rights.

In 2017, Vanessa founded “Empathy in Action,” (EIA) a non-profit organization which will focus on community-oriented programming to unify the greater Louisville area despite residential, financial, religious, cultural, political and physical differences. Vanessa is proud to announce the opening of EIA in January 2018 at 1310 Bardstown Road in the Highlands community of Louisville, Kentucky. Please follow Empathy in Action on social media for updates!

Vanessa grew up in a small town in Indiana, where she is also licensed to practice law. She currently resides in Louisville, Kentucky with her husband and their two sons. Vanessa's greatest pride, aside from her family, is the relationship she enjoys with her clients, both current and former--many of whom have become good friends.

She also represents select victims of employment discrimination and wrongful termination. Vanessa has been featured on the news many times over the last several years for her pro bono work representing victims of bullying in schools, and she is often called upon by local news outlets to provide legal analysis of current events and cases covered by the media.

Since 2011, Vanessa has developed a trial practice consisting of trying cases for other attorneys when settlement negotiations have failed. Vanessa has been described by her colleagues in legal blogs and trial skills seminars as "intrepid," "truly gifted in the courtroom," and as having an "unmatched ability to connect with people." She is often referred cases by judges in whose courts she has tried cases - something Vanessa considers the highest compliment.

President of the Kentucky Justice Association

President-Elect and Founder of the Women Lawyers Caucus

President of the Louisville Bar Foundation