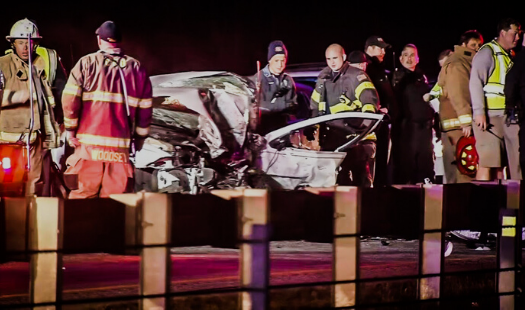 The Indiana State Police announced that three people died in a wrong-way head-on crash on Interstate 265 as it continues to investigate. The collision occurred on March 7th at close to 9:15 p.m. when Taylor Barefoot began traveling westbound in the eastbound lanes of I-265. Eventually, the Kia SUV he drove crashed head-on into the Chevrolet Cavalier driven by 21 year-old Taylor Cole. The Cole vehicle had four passengers, including Leah Onstott and their young sons. Onstott’s son is the only person to survive the wreck.

While the investigation underway is in its very early stages, it appears driver error by Mr. Barefoot is the obvious cause of the crash. ISP also indicates a belief of alcohol as a factor. No matter how clear the cause may seem, a full investigation is necessary, including an accident reconstruction, so that any other potential contributing factors may be ruled out. The surviving loved ones and friends of those that lost their lives will want answers, and a full investigation can provide those.

As attorneys representing people injured in these types of collisions, we know that the negligent party’s insurance company will perform its own investigation in hopes of building a case to defend the actions of its insured driver’s. Thus, while it may be far down the list of immediate concerns of the loved ones and friends of the three people who lost their lives, hiring representation of their own will protect their legal interests. The attorneys at Bahe Cook Cantley & Nefzger PLC have represented thousands of people injured in a wide range of motor vehicle accidents.

Our sympathies and condolences go out to the injured, deceased and their friends and families. We hope the survivors make speedy recoveries and that all involved receive answers.

At Bahe Cook Cantley & Nefzger PLC, we use our blog as a forum to educate the public by discussing real-life events. Our firm is very sensitive to the fact that these events have resulted in a tragedy that will inflict great pain and sorrow on those involved and those close to the victim(s). We will immediately remove a post if a victim or their loved ones request it.